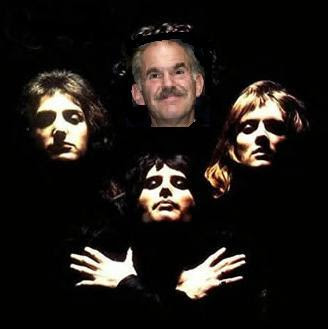 To the tune of Queen’s Bohemian Rhapsody


Athenian Rhapsody (The Ballad of Papandreou)


Is this our real debt?
Is this just fantasy?
Won in a landslide
Now I’m facing austerity
I opened the books
And said “are you kidding me?”
Did what we did to get into the Eurozone
So there was never a need to grow
Euro’s high, rates stayed low
Anything to enter, didn’t really matter to Greece, to Greece
Papa, just told the truth
No one’s paying any tax
And my colleagues here are hacks
Papa, Greece had everything
But the bankers came and took it all away
Papa, ooh ooh ooh ooh
Goldman told us it would work
and now I sit here like a jerk
They were wrong, they were wrong, that swap illusion’s shattered


Too late, the market crashed
My country’s on the brink
And my bond spreads really stink
Goodbye to the good life – it’s got to go
I never thought our bonds could trade so low
Papa, ooh ooh ooh ooh – (anyway my yields go)
No one wants to buy
And some folks wish they never had bought at all…


China: So you think you can stiff me and just say goodbye?
So you think I’ll just hold and continue to buy?
You’ll pay us – we’ll want more than Piraeus Ships, airports and banks, as for your unions, no thanks!


Ooh yeah, ooh yeah
Once we had an empire
That is history How did this transpire? – back to Minnesota for me.